IMO – Indústrias Metalúrgicas, SA is a family company with over 70 years of know-how in the design of medical devices. With vertical management since its foundation, the company has acquired for over 7 decades a strong development, manufacturing and after sales capability, which is reflected in superior range and high durability products, with thousands of beds in use for over 20 years. With headquarters and factory in the North of Portugal, IMO centralises all the industrial process, design and after sales support in our headquarters, achieving this way a professional and quick response to all requests.

With the internal vertical control, IMO guarantees in doors the manufacture of all the products it commercializes with a superior quality-price relation, focus on the added value that the IMO products provide to the health professionals and a range of products suitable to the 5 continents of the globe.

The development and design of our products has as main objective to predict the requirements of our customers, based on the past but facing the future.

Our customers' trust reflects the reliability and safety of our products.

As a family run company, IMO is guided by clear ethical and moral principles, which dictate the functioning of the entire organisational structure. Our mission towards our clients is to offer access to innovation and quality of our products, keeping in mind that safety is our priority. Responsibility, integrity and trust are our commitment to employees, partners and customers. 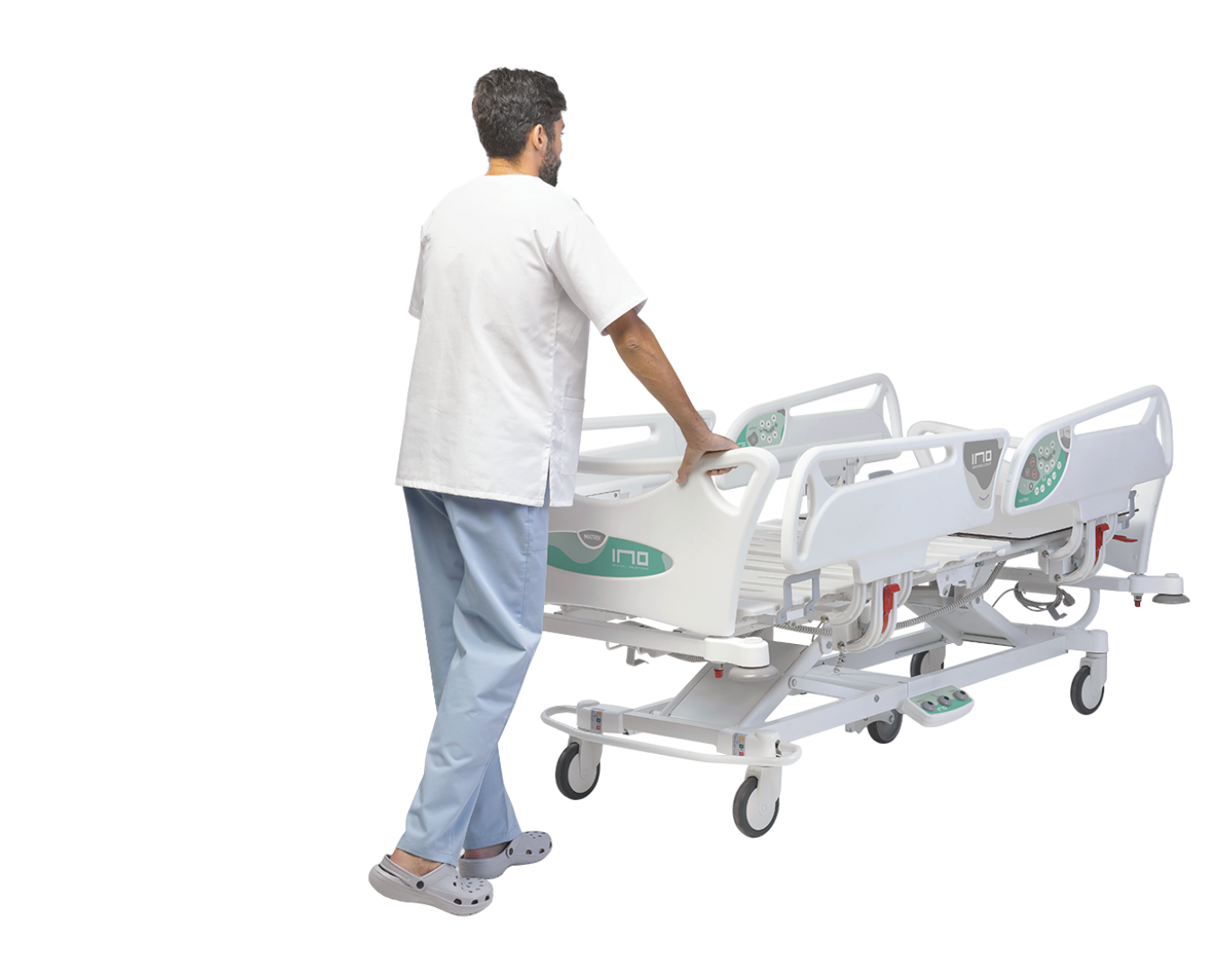 In the 60s, the company already had more than 100 employees specialised in the manufacture of hospital furniture.

In 1966, the company opened the first showroom in Oporto, in partnership with Mr. José Roquette, some relatives and Mr. Álvaro de Sousa as commercial director, in the then Robinson-Bradsley headquarters.

Inauguration of the second showroom in 1970, achieving at the end of the decade the. leadership of the Portuguese market, leadership that still remains to this day

In 1988, IMO was one of the first companies in the world to develop an electric hospital bed. For the new Cardiothoracic Unit of the new University Hospital of Coimbra in Portugal.

In 1992, IMO started exporting to the main European Union countries. With the main destinations being Holland, Germany and Spain.

In 1996 IMO participated in the first international fair in Düsseldorf in Germany with the first hospital bed of the MATRIX family.

At the beginning of the millennium, the company obtained ISO9001 certification and years later ISO13485.

In the 2000s, IMO focused all its energy on product design and development to bring the entire product range up to world-class standards, and today the company has a portfolio of products of the highest level.

In 2016, IMO launched the latest version of the MATRIX range, with the Matrix E models.

In 2019, it decided to face the second family transition, passing the management of the company to the third generation of the family.

As an International brand, IMO launched in 2021 a new and impactful image, breaking the barriers of the present, based on the past and with an eye on the future.

It was in 1946 when Luís Sousa established and founded the company as an individual, dedicated to the manufacture of electric motors. After the dispute for permits, common at the time of the regime of the new state, he reconverted to the production of electric welding machines – by electrode and by points. He also embarked on the production of motorised cars for the handicapped and others.

Then came the autoclaves for hospital disinfection. This high-tech equipment would be the genesis of the definitive turning point for the production of hospital products, especially ward furniture, articulated and medical office beds, desks, cupboards and chairs. Thus, he stabilised the production range in the areas of furniture for hospitals, schools and offices, fundamentally with metallic base and under the brand MóveLongra – L. de Sousa Gonçalves. 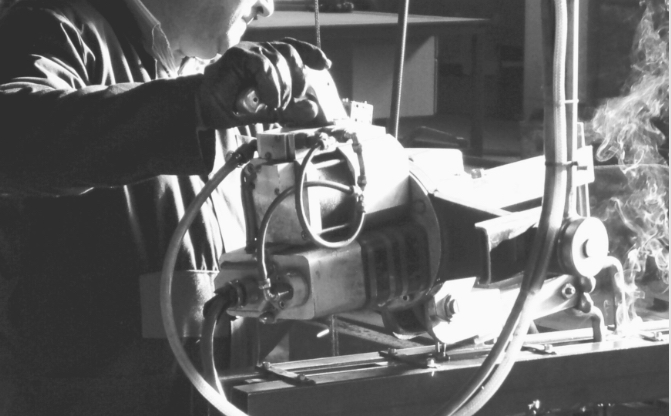 The company ended up by specialising in hospital furniture and it develops all its activities in this area nowadays. In a small town, with scarce resources, Luís de Sousa Gonçalves consolidated his enterprise step by step, with the sweat of his brow and the seriousness of his work, allied to the commitment of his employees. Idealistic by nature, committed to achieving excellence through hard work, demanding, but always conscious of his social responsibility, he quickly transformed IMO into an industry of national importance. In the 1960s, it already had a consolidated structure with over 100 employees.

In 1966, understanding the vitality of the partnership established with its main – and almost exclusive – commercial agents in Oporto, Robinson-Bradsley, IMO was transformed into a limited company, welcoming as partners Mr. José Roquette, some members of his family, and also Mr. Álvaro de Sousa, the commercial director who helped to seal the partnership. The Robinson-Bradsley headquarters, at Rua do Rosário, was transformed into the first IMO showroom, which increased visibility and, thus, the sales volume of the company. With this change, and with the capital input it represented, it was possible to make a considerable investment in more modern and productive machines and in works to improve the factory facilities.

Thus, in the late 70’s, IMO reached the leadership of the national market in the sector of hospital furniture, which it maintains until today. In the following decade, IMO developed and produced internally the first electric bed in Portugal (one of the first in the world). In 1970, the second IMO showroom emerged, this time in Lisbon, with great success. In only two years, about half of the sales volume came from the Lisbon sales department. In the 1990s, already under the command of the second generation of the family and due to the retirement of the remaining partners, the totality of the capital was taken by the founding partner, his two oldest sons, Pedro Sousa and Jorge Sousa, and his cousin, António Gonçalves, who, in the meantime, pointed new directions for the company. 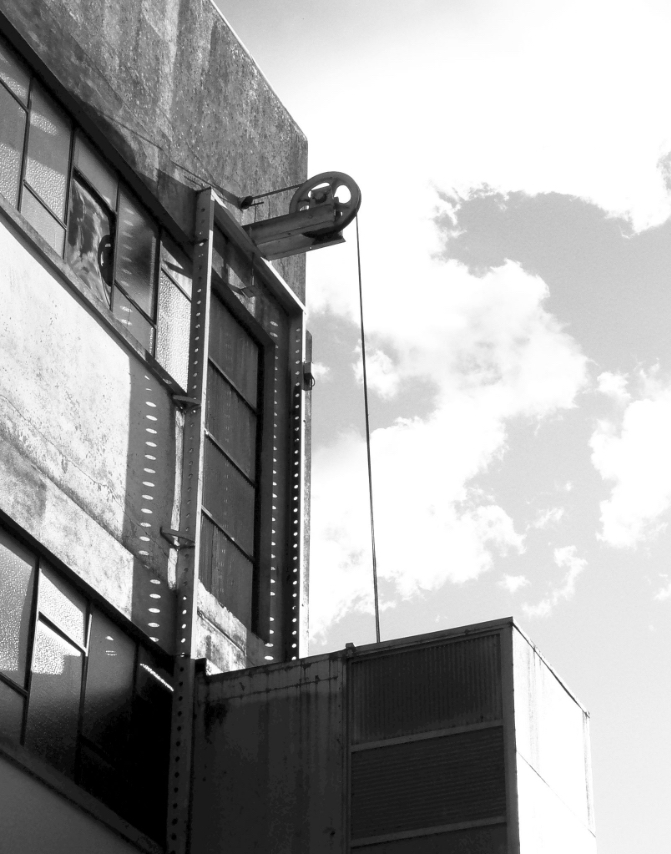 This was the decade when, based on a firm commitment to design and engineering, the company embarked on an export strategy, initially in countries like the Netherlands, Germany and Spain, among others. A few years later, Luís de Sousa Gonçalves’ youngest son, Rui Sousa, joined the team, taking over as commercial director. At the end of the 20th century, hospital furniture started to have an accentuated growth and became the object of international demand. With an increasingly globalised economy and an increasingly intense international growth, it forced a change in the internal paradigm of product development with an increasing focus on design and durability of IMO products, and a reinforcement in production terms with state-of-the-art technologies applied to hospital beds.

In the first two decades of the 21st century there was continuous investment in the improvement of production processes and equipment, confirmed by a process of quality certification, both with ISO 9001 and ISO 13485. Today, the third generation takes over the controls of this family company, but the principles of its founder have remained firm over time. Each with their own style, all the generations have been able to adapt to the ever-changing world and the new challenges that have emerged. With a new lease of life and a great desire to carry on the business of their grandfather and fathers, IMO’s new management has designed a vertical restructuring of the entire company, with a new strategy for strong international growth, symbolised in 2020 by the launch of a new, rejuvenated and impactful image, marking a new era for the company.

Over more than 70 years of existence, IMO has shown great social responsibility towards its customers, suppliers and employees, as well as the surrounding society.
Very honoured to have employed employees for over 50 years in the company, with fair recognition from all the hospitals with a continuous assistance to the products, many with more than 30 years in use. These are the good moments that remind the whole IMO family, that even a small company, from a small town, from a small country, can have a leading word to say all over the world and that, with patience and perseverance, IMO will become a world reference in the sector.

IMO together with all Caregivers.

Any cookies that may not be particularly necessary for the website to function and is used specifically to collect user personal data via analytics, ads, other embedded contents are termed as non-necessary cookies. It is mandatory to procure user consent prior to running these cookies on your website.